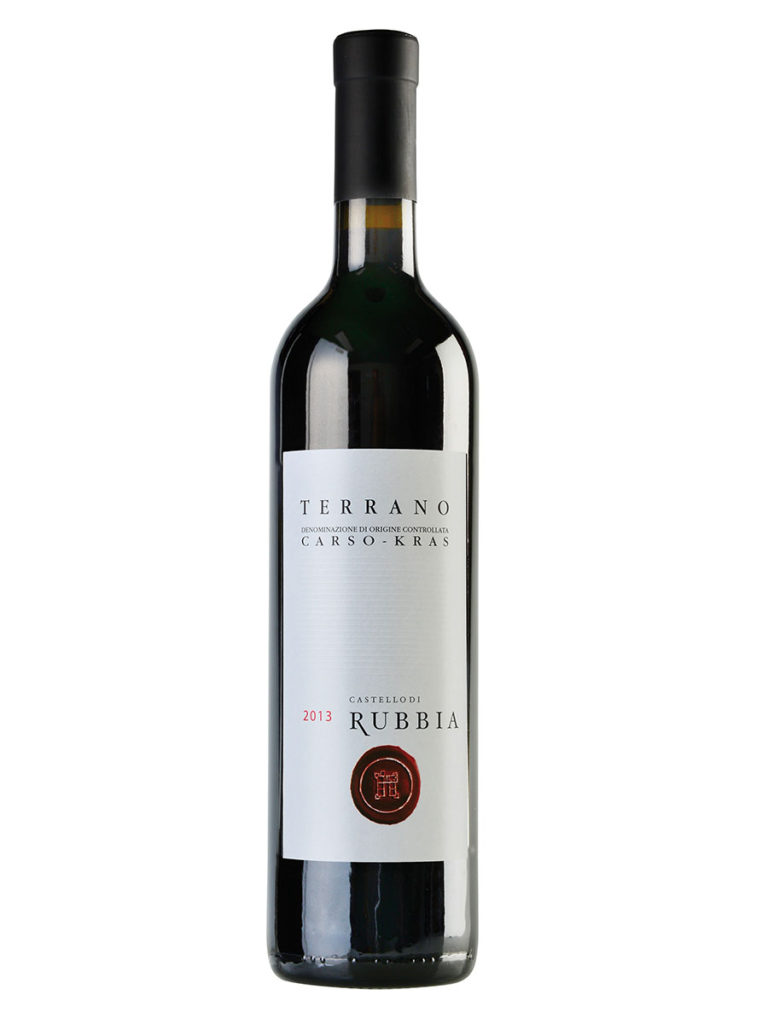 SOIL
CARSIC: the terrain is the result of a geological phenomenon known as Carsism. The colour of the soil is typically red, rich in iron with a base of carbonatic limestone, that through the erosion with water causes the famous carsic caves and conic valley better known as “dolina” , fertil land for vines to be cultivated. All the varieties, Malvasia, Vitovska and Terrano are all characterized by a great minerality and acidity.
CULTIVATION
Unilateral guyot, with a density of 9.000 vines per hectare, hectare production 30 quintal. The grapes are cultivat-ed in respect of the territory following the biodynamic and picked up only when the full maturation is reached.Manual work: from winter pruning (end January after 3-4 months from harvest) to harvest. Machine work: grass cutting and treatments with biological and low impact products.
VINIFICATION
After manual picking up the grapes are separated form the bunches and lead to the vats where starts the process of vinification: skin contact for 25-30 days, natural fermentation with indigenous yeasts at controlled temperature. The wine is aged in steel vats only for 24 months, where it preserves its distinctive fruity aromatics. The stabiliza-tion process is natural, the wine is not filtered and after bottling it needs at least 12 months to be aged before tasting.
SERVING WITH
18°C to be served with filetto, grill, bolliti and fat fish. Try with the typical recipe “filetto alla carsolina” with a slice of dried ham from the Karst.
REVIEWS
“Bronze Medal” by Decanter World Wine Awards, Gold Medal with Decanter World Wine Awards 2012.
CHARACTERISTICS
Deep violet colour, with the typical fruity note, almost “vinoso” that would get lost if aged in wooden barrels. On the palate is evident the structure and the typical acidity always high regarding to the alcoholic graduation 13% and malolactic fermentation.
CURIOSITY
The benefic properties of Terrano are known since the Roman ages. With a particular high concentration of iron, it was distributed until recent times also in farmacies as iron natural integrator. Like Vitovska, Terrano grape is an ancient grape from the Karst land and it is probably the most similar variety to the ancient Pucinum. It traditionally never reached graduation 12%, due to old habits to leave many bunches on each vine and also to the cultivation typology. This is why it is always remainded as a fully acid wine, difficult to drink if not combined with salame or pancetta in our “Carso osmica”. Today, with the quality cultivation, Terrano became one of the greatest red wines in our region. Due to the high acidity coming from the Karst land, the fresh-ness of Terrano is preserved for a long wine – lifetime.

Vitovska, Terrano, Malvasia on a north-east exposed carsic valley, sorrounded by an ancient wood, whose historical paths lead us to the Rubbia castle, a strategic crossroad of several Middleuropean people and cultures….
Keen on our native village, San Michele del Carso – Vrh, our philosophy is about interpreting our territory throughout history and the high quality of our native wines,
cultivated and vinified following natural rules and respecting each variety.

“Wine is to us interpreting the annual history of the grapes, without following any fixed rule….”
Černic family